Minister of Agriculture and Agri-Food 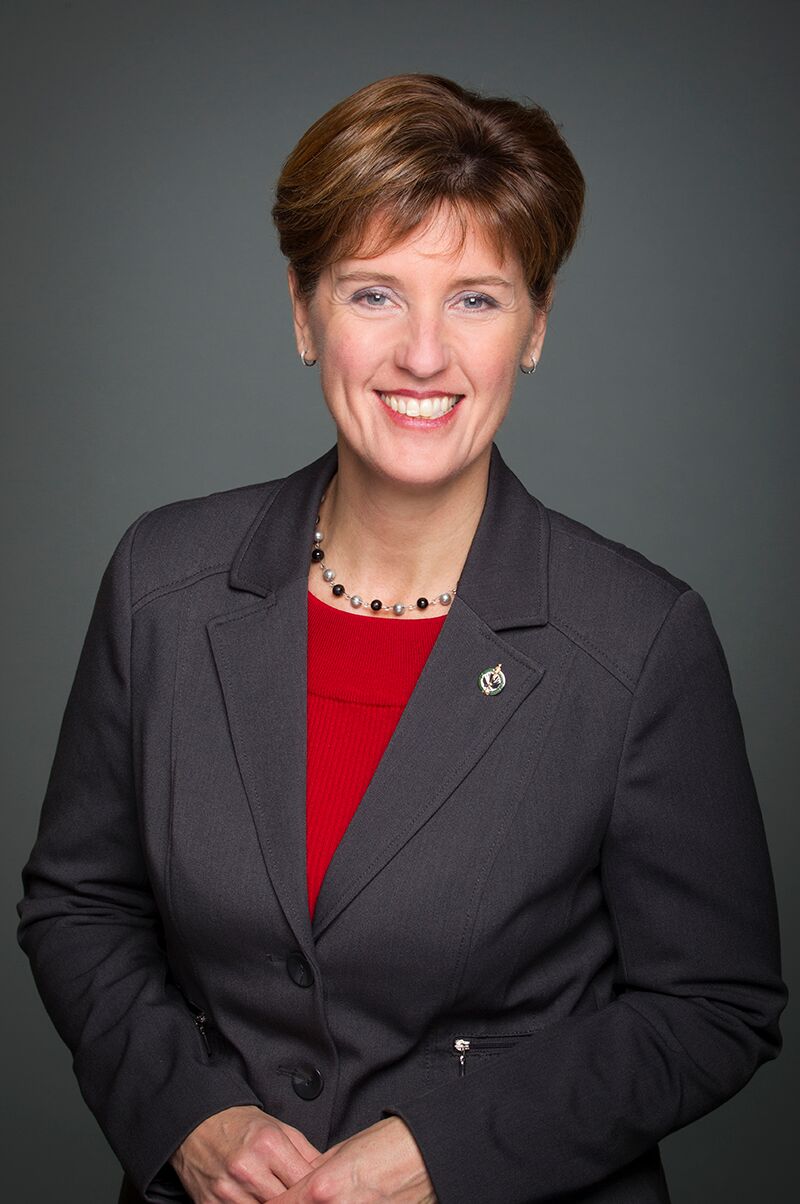 Represents the riding of Compton–Stanstead (Quebec)

The Honourable Marie-Claude Bibeau was first elected as the Member of Parliament for Compton—Stanstead in 2015.

Minister Bibeau was a manager of international projects and an entrepreneur in the tourism sector prior to being elected to the House of Commons. She served as Minister of International Development and La Francophonie where under her leadership, Canada adopted a Feminist International Assistance Policy. Her commitment to the empowerment of women and girls internationally earned her the World Vision Voice of Children Award in 2019 and the CARE Global Leaders Network Humanitarian Award in 2018.

In March 2019, she became the first woman in Canadian history to be appointed federal Minister of Agriculture and Agri-Food. In this role, Minister Bibeau works with provinces, territories, and agricultural stakeholders to ensure the well-being of farming families, the prosperity of rural Canada, and the protection of our environment. She is committed to ensuring that women and youth are better represented in the functions and decision-making processes of the various agricultural sectors. She also works with international partners to grow agricultural exports, while protecting supply management. In June 2019, Minister Bibeau launched the first-ever Food Policy for Canada, which aims to strengthen food security for Canadians, and to promote a thriving and sustainable food system in Canada.

Minister Bibeau is an experienced businesswoman, and co-owned a successful tourism business that won numerous awards. She was also the Director of Accreditation for the 2013 Canada Summer Games in Sherbrooke, and the Executive Director of the Sherbrooke Museum of Nature and Science.

Active in her community, Minister Bibeau was the founder and coordinator of the Regroupement des institutions muséales des Cantons-de-l'Est, an association of museums in the Eastern Townships. She was a former board member of Commerce Sherbrooke, Destination Sherbrooke, Animation Centre-ville, and the Société des musées du Québec. She also served as the secretary of the Compton revitalization committee, a member of a strategic planning committee for the regional county municipality of Coaticook, and Chair of the governing board of the Louis-St-Laurent school in Compton.

Minister Bibeau was born, raised, and educated in Sherbrooke. She holds a Bachelor of Science in Economics and a graduate diploma in Environmental Management from the Université de Sherbrooke.

The Minister of Agriculture and Agri-Food is also responsible for the following organizations:

News releases and statements
Announcements made by the Minister and/or her representatives.

While the Canadian Food Inspection Agency transitioned to the Health portfolio in October 2013 and reports to the Minister of Health, the Minister of Agriculture and Agri-Food continues to be responsible for the Agency's non-food safety agricultural activities, including economic and trade issues as well as important animal health and plant protection work.