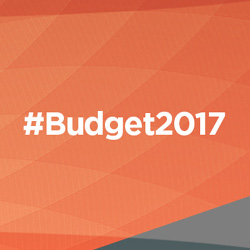 The 2017 Federal Budget, tabled in Parliament on March 22, 2017, recognizes Canada's agricultural sector as a trusted global leader in safe, nutritious, and sustainable food.

This budget will help farmers and food processors continue to grow their businesses, create jobs and foster long-term growth for the sector, strengthening its potential to be an even stronger economic engine for the Canadian economy.

To support Canada's farmers and food processors, Budget 2017 sets an ambitious target to grow Canada's agri-food exports to at least $75 billion annually by 2025, and launches several initiatives, from investments in science and innovation to value-added processing and infrastructure. It also reaffirmed the Government's commitment to the next federal-provincial-territorial agricultural policy framework.