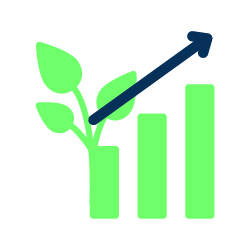 Canada's agriculture and agri-food sector is a key driver of the Canadian economy and a high-performing sector in today's global marketplace. Major initiatives were launched and investments made in 2018 to ensure the sector continues to grow, innovate and prosper. Here are some highlights:

Together these initiatives are positioning Canada's agriculture and food sector to capture exciting opportunities that lie ahead in a global marketplace where demand is growing for the high-quality, sustainable food that our farmers and food processors can deliver.