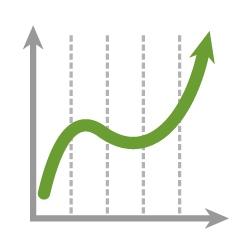 Canada's trade mission to China last fall was a huge success. Minister of Agriculture and Agri-Food Lawrence MacAulay's visit to China in May 2018 built on that success by emphasizing how Canadian farmers and food processors can help meet China's growing demand for agri-food products.

From 2015 to 2017, China's agri-food and seafood imports from Canada increased by 28%. Its population, already the world's largest, is expected to continue to grow—and demand for agricultural and seafood products will expand with it.

Growing the middle class by building the agricultural sector is a top priority for Canada, with the goal of increasing global annual agriculture, food and seafood exports to $75 billion by 2025. Growth projections for China's population make it clear that trade missions to China will be an important part of achieving that ambitious goal.

China is Canada's top importer of a number of agri-food products, such as soybeans and frozen pork. In 2017, China imported $8.60 billion worth of agricultural, agri-food and seafood products from Canada. Our goal is to ensure this trade not only continues, but increases.

During his May 2018 visit, Minister MacAulay met with his counterpart, Minister of Agriculture and Rural Affairs, Han Changfu. The two ministers discussed key trade issues, including the approval of three new canola seed traits. The Canadian canola industry estimates that the approval of the three traits will allow growers to produce approximately $400 million more canola every year using the same amount of land and inputs – a major increase for canola productivity.

Minister MacAulay also had a chance to meet with representatives from different e-commerce platforms to discuss the opportunities they present for the Canadian agricultural sector. He also met with Canadian food and beverage companies as they showcased their products to prospective Chinese buyers at SIAL China, Asia's largest food innovation exhibition.