It was 2020, and for the second year in a row, beekeepers in Canada were given yet another biopesticide to protect honey bees against a deadly mite. The biopesticide’s arrival began six years earlier, in 2014, when the Pest Management Centre (PMC) held its annual workshop to decide on its priorities for the coming year.

But first, a little background.

The honey bee population in the United States and Canada faced a crisis in the mid-2000s. Mystified beekeepers were discovering that their worker bees had vanished during winters, leaving behind the queen, plenty of honey and too few young bees to sustain the colony. Without the worker bees, the empty colony died. 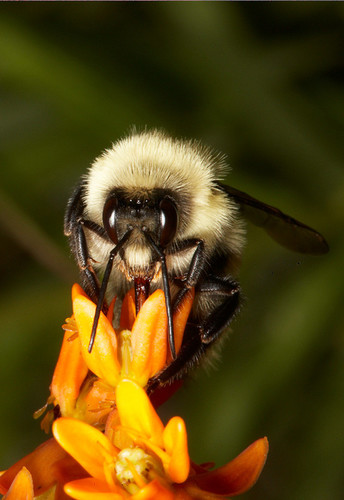 Although some colony losses are expected, especially over the winter, at the peak of the crisis, commercial beekeepers reported losing up to 30 to 90 percent of their bee colonies. Scientists even coined a term to describe the phenomenon: colony collapse disorder.

By 2014, when our story begins, the loss of honey bee colonies in Canada over the winter was 25 percent. That was much higher than the 15 percent threshold at which beekeepers can easily restock.

No single factor could be blamed for the loss of these honey bees. But the aptly named Varroa destructor mite was among the leading culprits.

This tiny red-brown parasite has spread around the world into every country except Australia and Antarctica. … In Canada, it has appeared in every province except Newfoundland.

The mite feeds on honey bees by piercing the bee’s cuticle and holding the wound open with its lateral lips. This weakens the bee and transmits viruses that can wipe out entire bee colonies within a year if left untreated.

At about $202 million in 2014, the economic loss to honey producers in Canada was significant. But even more troubling was the threat that the loss of honey bee populations posed to our food security.

That’s because about three-quarters of the food plants we eat rely on honey bees for pollination services, a service that has been valued at over $2 billion annually.

And the problem isn’t limited to Canada.

The health of our honey bees impacts the food supply globally since, together with the U.S and Mexico, we are one of the largest food exporting regions of the world.

Beekeepers on the look-out for treatment options

Back then, beekeepers relied heavily on synthetic chemicals. In particular, a miticide whose active ingredient is amitraz. But the problem was that the mites were developing resistance to the chemical.

Beekeepers naturally wanted other options. They singled out Apilife Var, a U.S.-approved essential oil treatment with camphor, eucalyptus oil, menthol and thymol as the base ingredients. Apilife Var was getting attention because it resulted in better over-winter bee survival rates than other natural varroa treatments. 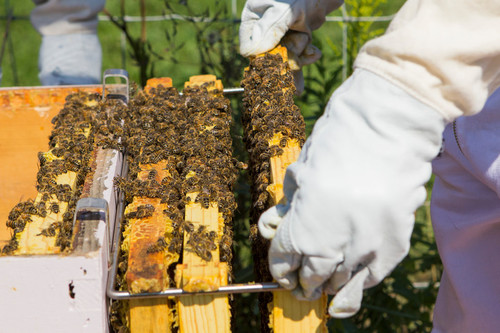 But with around 675,000 bee colonies in Canada (compare this to the 2.64 million in the U.S.), the actual use of a biopesticide here would be small. Thus, when it came time to register their products, companies tended to focus their attention on the larger U.S. market.

That’s about when the federal government stepped in, forming the Bee Health Roundtable, a coalition of stakeholders that includes beekeeper, seed, grain, canola and horticultural crop associations as its members — associations with a direct interest in the health of bees.

One of the coalition’s first priorities was controlling the parasitic varroa mite.

This is where the PMC enters the picture.

Not only does it have a seat on the Bee Health Roundtable, it hosts a biopesticide and minor use pesticide priority-setting workshop every year in March.

Knowing this, the Roundtable coalition called on Agriculture and Agri-Food Canada to make the registration of a new varroa mite control product a priority through the PMC’s annual workshop.

At the same time, individual beekeepers turned for help to the Minor Use Coordinators in their province (the PMUCs, as they are known). They told them about the decline in their bee populations, and the success of Apilife Var in controlling varroa mite infestations.

The PMUCs brought news of Apilife Var to the PMC’s annual stakeholder workshop in 2014.

Following an analysis of its merits, stakeholders there agreed that Apilife Var deserved the PMC’s highly specialized but limited resources to get the product registered in Canada.

It usually takes the Pest Management Regulatory Agency (PMRA) about two years to evaluate whether a biopesticide can be registered for use in Canada. Add to that the time needed by the PMC to review the company’s data and develop a package that fulfills regulatory requirements for the PMRA, and the entire process can take anywhere from three to five years.

So even with Apilife Var in the pipeline, the PMUCs returned to the next PMC workshop in 2015 looking for more help for beekeepers. This time they made it a priority to register Hop Guard II to combat varroa mites. As the name suggests, the active ingredient in this product is hop beta acids, the same hops used to flavour beer. 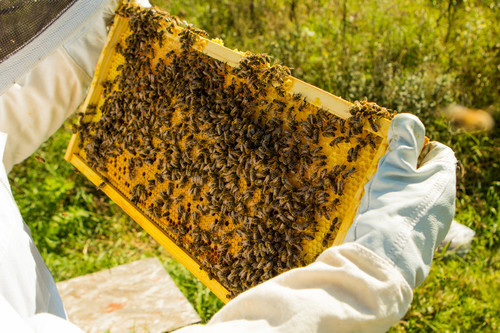 While the PMC doesn’t usually take on two products to control the same pest two years in a row, the case for making an exception was irrefutable.

As Laengle explains, the goal is to pick products that will benefit as many growers as possible. “Because of the relevance and the importance of bees, it was evident that this was needed. Beekeepers need multiple options to manage varroa mites. Even though these products have a single use pattern, varroa mite on bees, they benefit a wide range of fruit and vegetable crops.”

So Laengle and his Pesticide Risk Reduction team colleagues gave their regulatory support to the two biopesticide companies.

Their work helping the companies meet the PMRA’s scientific and regulatory requirements involved collecting, analyzing and synthesizing data on the safety of these products. Not only to the bees, but also to consumers and the environment. They also ensured that the evidence demonstrating the products’ efficacy against varroa mite was sound.

The result was that, in 2019, the PMRA announced the registration of Hop Guard II.

In October 2020, Apilife Var was also registered for use in Canada.

Beekeepers now have more tools for managing a deadly mite that feeds and lives on bees, threatening the pollination services they provide and endangering our food supply.

It’s this threat to food security that explains why the PMC’s mandate to help Canadian growers protect their crops from weeds, diseases and pests is so important.

Not only did it lead the PMC to take on the task of saving the honey bees, but it also ensured Canadians and our trading partners a continued supply of many food crops, like fruits and vegetables.

That’s in fact why the UN has declared 2021 to be the International Year of Fruits and Vegetables. It’s an opportunity to make people aware of what we at PMC already know: that protecting plants and the pollinators on which they depend plays an important role in “human nutrition, food security and health.”