No, you don’t have to grow crops to get help for your weeds

Ask any grower in Canada about the Pest Management Centre (PMC) and they'll tell you that we protect agricultural crops.

They know that we help growers gain access to the newest, safest pest control products and integrated management practices to address their top pest concerns.

But it's not just cultivated crops. We protect the health of plants in general.

That's why, when Agriculture and Agri-Food Canada's researchers proposed managing an invasive weed smothering Alberta's pastures and rangelands with a natural enemy, a beneficial insect, as a form of biological control, we stepped up.

In fact, long before the United Nations declared 2020 the International Year of Plant Health and called for eco-friendly ways to tackle plant pests, we've been helping to reduce the risk of pesticides to human health and the environment.

Restoring an ecological balance in nature

It was 2003. Scientists at the Lethbridge Research and Development Centre in Alberta wanted to expand a biological control program which had begun two years earlier. The control agent? A tiny black beetle known scientifically as Aphthona lacertosa. 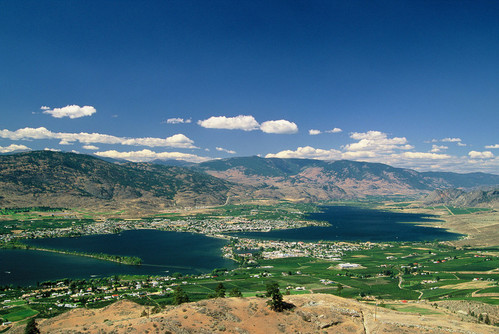 This beneficial beetle had been released at sites in seven southern Alberta counties and the City of Lethbridge to control an invasive weed called leafy spurge (known scientifically as Euphorbia esula). These releases marked the apex of 30 years of effort to find the best candidate insect that could manage the spread of the perennial spurge, which had arrived in North America from Eurasia sometime in the 19th century.

Harmless in its homeland, leafy spurge has thrived here because it has no natural enemies to keep it in check. By 2001, the weed was widespread throughout central and southern Alberta and across the Prairies, crowding out native pasture and rangeland grasses and thereby reducing biodiversity.

What's more, leafy spurge is poisonous to cattle so that pastures infested with the weed cannot support their grazing.

But managing the weed is an uphill battle. It covers large areas and flourishes on terrain that is difficult to reach; herbicides are also too expensive to use. Besides, there's always the risk of chemicals getting into nearby water.

So, scientists wanted a non-chemical method for controlling the noxious weed. Enter the black spurge beetle, an insect that only feeds on leafy spurge, so it's not a threat to related plants or crops.

Still, it's not enough to release a foreign insect brought here from its native Europe and hope for the best.

Someone must follow-up and monitor the release sites to ensure beetle populations can survive our winters and grow.

Hence, the Lethbridge researchers wanted to study the conditions at each site over the winter to improve the success of future releases. They planned to look at things like snow cover and air, ground surface, and soil temperatures to determine what conditions limit the growth of the beetle population.

They also wanted to expand the biological control program by releasing beetles at other spurge-infested areas.

That's when the PMC stepped in to support their work in Managing leafy spurge with a hungry beetle.

Cutting leafy spurge down to size

We provided Rob Bourchier, Ph.D., a specialist in insect ecology and biological control at Lethbridge, with the funds for the needed studies.

Under this project, between 2004 and 2007, Bourchier and his research team experimented with releasing the spurge beetles at over 125 sites. The year following each release, they returned to assess beetle densities and their impact on leafy spurge.

Because they also hoped to encourage uptake by landowners, they added about 10 to 15 demonstration sites in cities, towns, and rural areas. Thanks to popular demand, the biocontrol release program has grown every year since.

Even better, since 2016, the non-profit Alberta Invasive Species Council has taken the lead in coordinating the biological control program in collaboration with over 39 Alberta organizations. The program is now funded by participants, including landowners, and has expanded to include other biocontrol agent releases for houndstongue, Dalmatian toadflax, and both spotted and diffuse knapweeds. Because the threat of invasive plants will only continue to climb, the Alberta Invasive Species Council continues to invest into research to help develop new biocontrol agents.

For the PMC, this is the true measure of the project's success — knowing that others have picked up where we left off to protect Alberta's native grasslands — and with a solution that is self-perpetuating, cost-effective, and easy on the environment. Just as the UN would hope in this, the Year of International Plant Health and beyond.