Our Home and Native Land: Significant agricultural soils across Canada 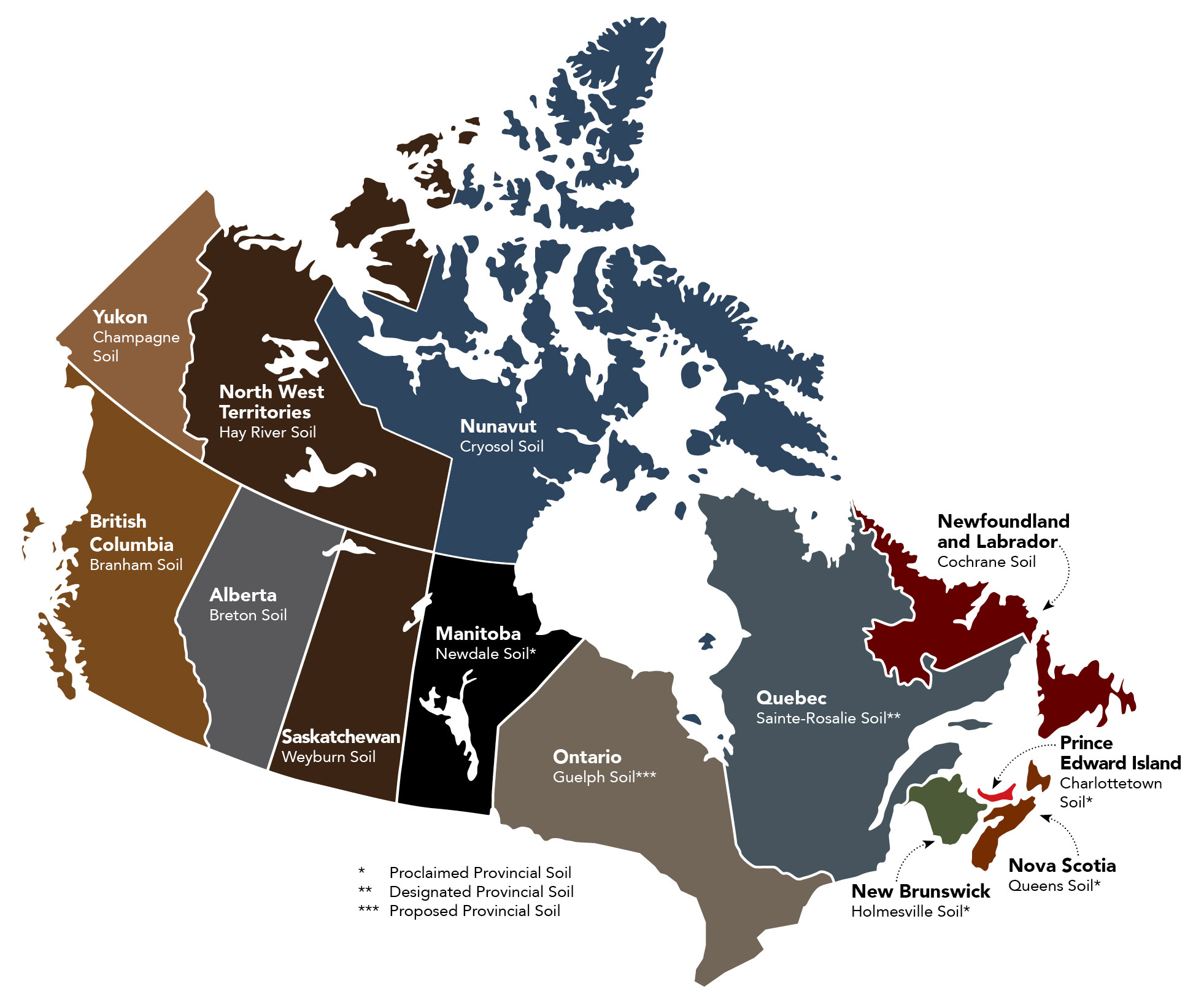 The "Dirt" on significant agricultural soils by province/territory

Newfoundland and Labrador: Cochrane Soil is dark reddish brown. When cleared of stones it is good for growing forages and root crops like potatoes, turnips, and cabbages.

Nova Scotia: Queens Soil is reddish brown with a high clay content that is good for growing forage crops that support the dairy and cattle sectors.

Quebec: Sainte-Rosalie Soil is grey because its clay content helps it retain water during dry periods. It is good for growing hay, corn, and soybeans.

Ontario: Guelph Soil is grey-brown. Covering 40,500 hectares of Ontario's prime agricultural landbase, it is good for growing hay, corn, and soybeans and is the backbone of the province's agricultural economy.

Manitoba: Newdale Soil is almost black. It is a typical grassland soil, rich in organic matter, excellent for growing canola and spring wheat.

Saskatchewan: Weyburn Soil is chocolate brown. This loamy soil is typical of the mixed grass plains and is well suited for growing cereals, pulses, and oilseeds.

Alberta: Breton Soil is grey, and is widely used to grow canola, forage, and other crops suited to the cool, moist climate.

British Columbia: Branham Soil is yellowish brown. It covers some 7,000 hectares of prime farmland in the Peace River Valley west of Fort St. John. Its floodplain location is ideal for growing spring wheat and canola.

Yukon: Champagne Soil is brown and is the most common soil used for agriculture in the territory. It is located in the Takhini Valley west of Whitehorse and is ideal for growing grass, hay and oats.

North West Territories: Hay River Soil is brown. It is located along the floodplain of the Hay River and is suitable for growing hay and cool season vegetables.

Nunavut: has no climate suited to agriculture. The most common soil is a type that remains frozen for much of the year while the subsoil remains permanently frozen. This soil is called a Cryosol.