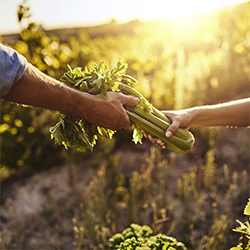 Episode 006 - The next generation: Who is going to produce your food tomorrow?

Meet the next generation of Canadians working in agriculture and agri-food sector. Jerry Bos, a young dairy farmer and co-chair of the Canadian Agricultural Youth Council, shares his vision for the future. Minister Marie-Claude Bibeau tells us why it’s important to have young farmers like Jerry and the other members of the council at the decision-making table.

If the podcast player does not work in your browser please try this version of Episode 006.