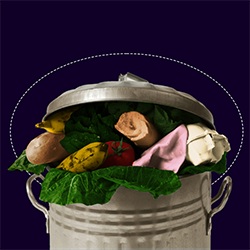 Over 300 ideas were submitted to the Food Waste Reduction Challenge. Twenty-four of the best ideas were selected for funding. Now it’s time to test their concepts and compete for the $1.5M grand prize. In this episode, jury member and celebrity chef, Bob Blumer, tells us about the selection process. He also shares tips on reducing food waste at home. Mohamed Yassine from Impact Canada joins the conversation to tell us what’s next.

If the podcast player does not work in your browser please try this version of Episode 012.