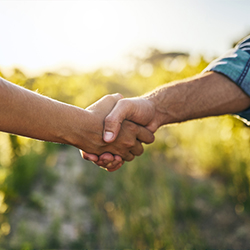 In this third episode on mental health, we explore the topic from the perspective of a trade union. We speak with Marcel Groleau, President of Quebec’s Agricultural Producers Union (UPA), who tells us about the resources available to producer. From overcoming mental health challenges, to breaking the stigma, he shares insights into the unique programming developed in Quebec.

If the podcast player does not work in your browser please try this version of Episode 014.